A Canyon Lake man was arrested and booked into the Southwest Detention Center on Tuesday for sexual assault, harassing, stalking, and committing a felony while out on bail, according to the Riverside County Sheriff’s Department.

On March 23, Lake Elsinore Sheriff Station Investigators concluded an ongoing investigation regarding a past sexual assault that occurred at a residence in the 22000 Block of San Joaquin Drive in Canyon Lake.

During the course of the investigation, it was revealed that 51-year-old Alfonso Martinez had committed a sexual assault on a juvenile, Sergeant Julio Olguin said in a news release.

Investigators were able to track and locate Martinez at his residence where he was arrested without incident. He was released on bail the following day, according to jail records. Martinez is scheduled to appear in court on July 29.

Anyone with information regarding this investigation is asked to contact Deputy Buck or Investigator Mills at the Lake Elsinore Sheriff’s Station at 951-245-3300 or the Riverside County Sheriff’s Dispatch Center at 951-776-1099. 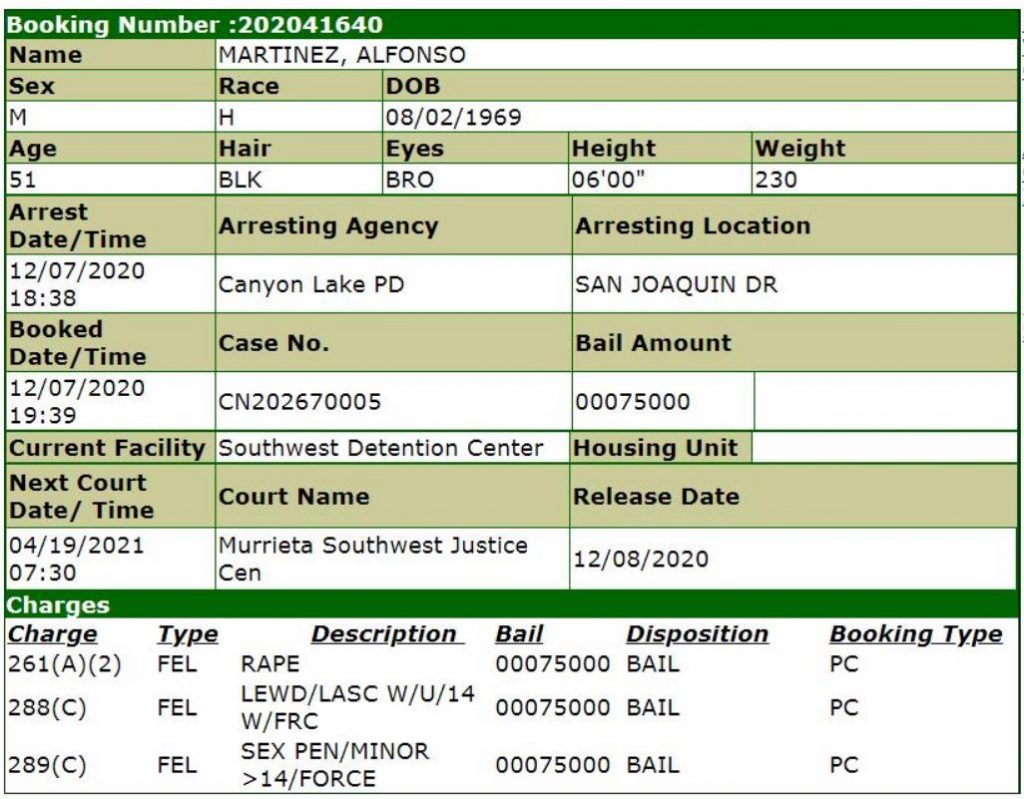 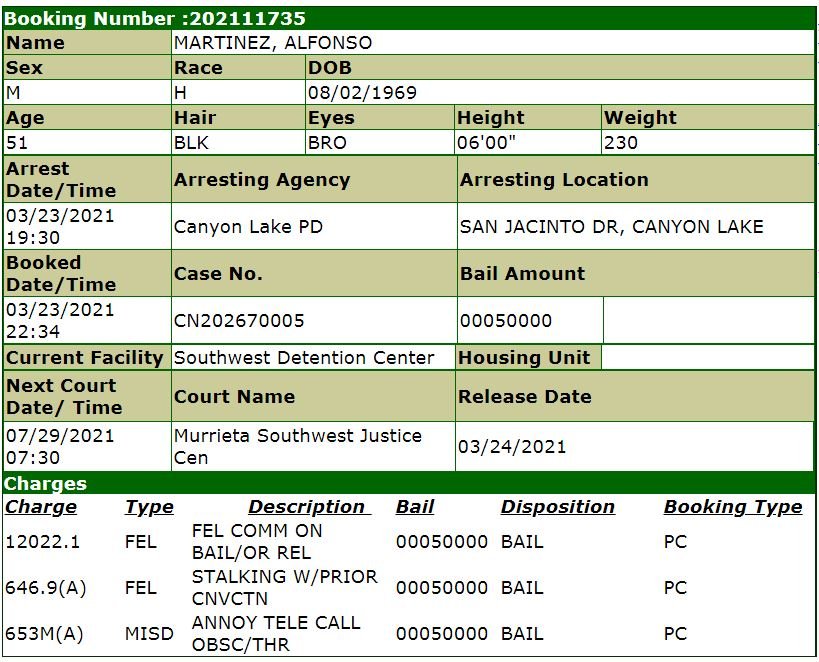 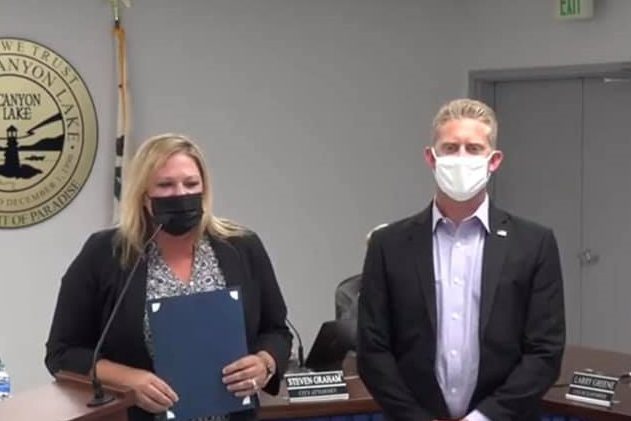