A flag laying ceremony and memorial service will be held for Los Angeles County firefighter Jon Flagler, who died from injuries he suffered while battling a single-story house fire in Rancho Palos Verdes on January 6.

Flagler was 47 years old. He is survived by his wife, Jenny, and two sons.

Flagler was a San Clemente resident with ties to Canyon Lake. His wife was born and raised in Canyon Lake, the place where her parents, Cindy and Dwight Johnson, still reside.

“Jenny and Jon made an absolutely beautiful couple and created such a beautiful life and family together,” Jenny’s cousin, Leah Anderson, said. “Jon had a smile that would light up the room. He was such a hands-on dad and a loving and devoted husband to my beautiful cousin. He left a hole in our hearts, but he will never be forgotten. The world is going to be a different place without him in it.”

To make a monetary donation to the Flagler family, click here. 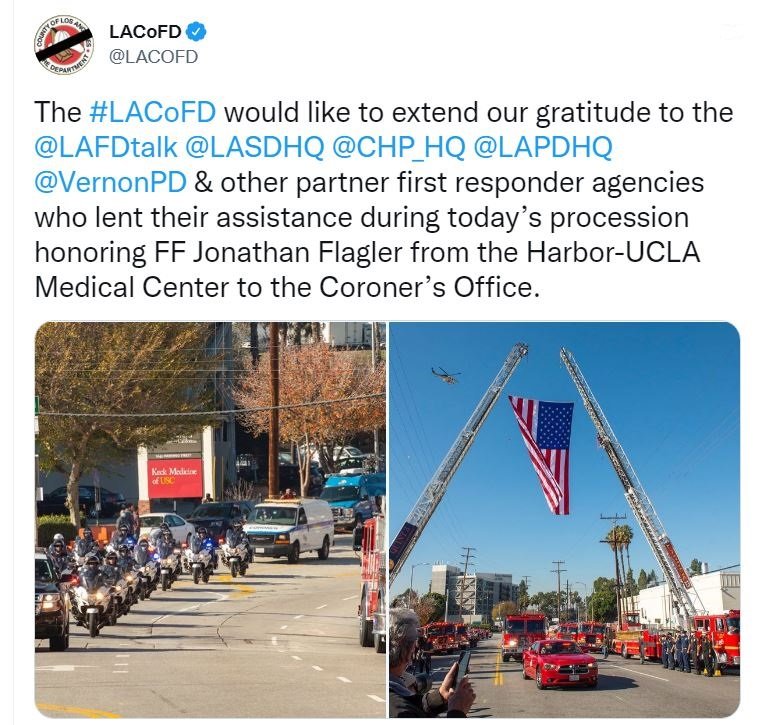 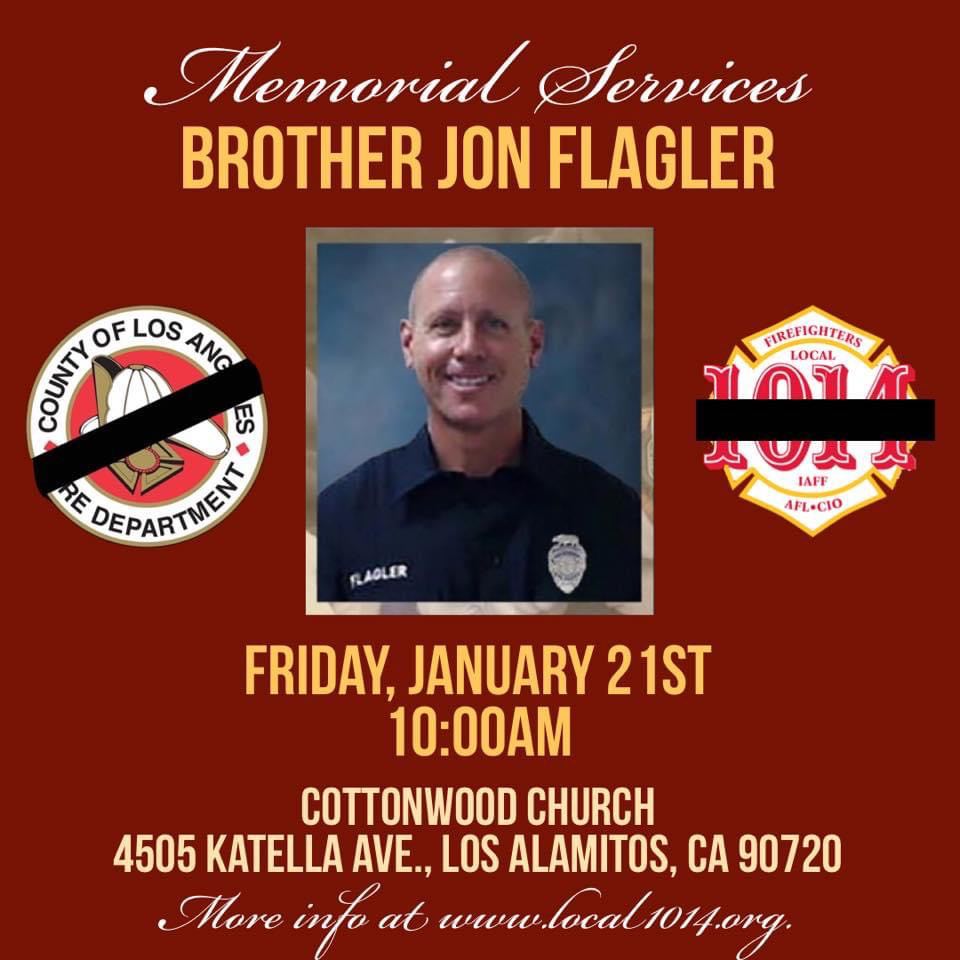 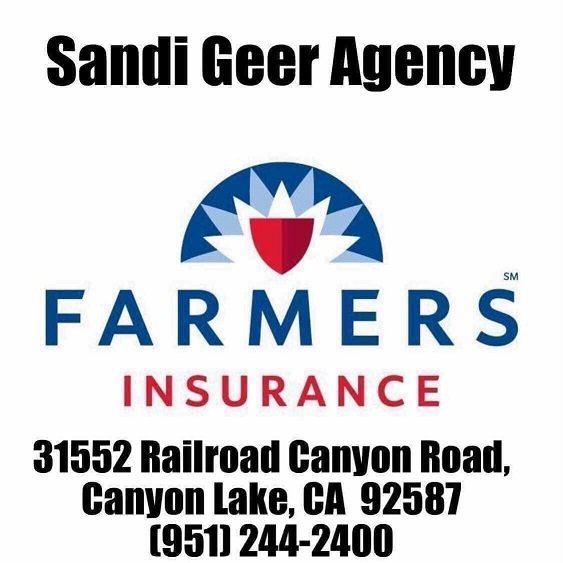